After our Saturday morning hike on Skyline Trails my wife and I headed to Trader Joe’s and stumbled upon a parade of show cars arriving for the annual Dos Lagos Father’s Day car show.  I caught a glimpse of a few Boss Mustang 302’s driving thru the parking lot before catching and taking pictures of dem Dodge boys rollin in as they were setting up for the show that was to begin at 10.

I came back a little later with my family just in time to catch the tail end of the show.  Arriving later was an effort to avoid as much of the Corona heat as possible, but the sun was relentless.  Whether driving down the streets or attending Cars n Coffee or the Dos Lagos show you can see that the Corona area loves their American Muscle so there is always a large presence on display.  Today was no different as you will see from the photos below.

Although we arrived towards the end of the show,  I was able to capture pictures of the remaining vehicles with my Galaxy Note 5.  I used my GoPro to catch some of the cars.  I will post that video after I do some edits, so for now enjoy the pics.

A little Hellcat prowling around.

One of my favorites.  Glad I caught this one before the show because I didn’t see it when I came back for the actual show.  I found that not everyone stays for the entire show.  Maybe it was the heat. 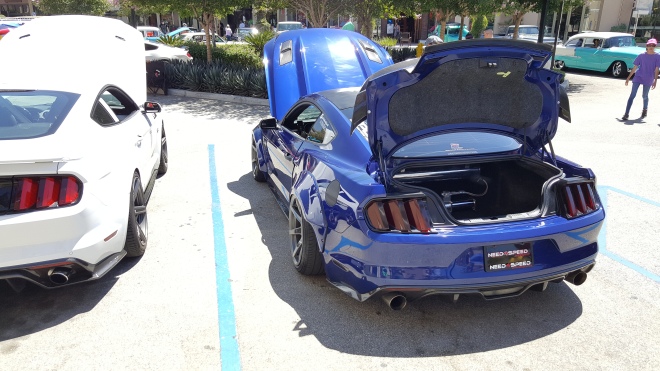 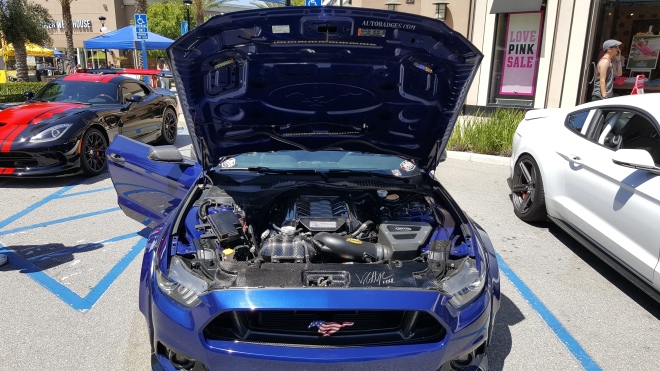 A couple of Stangs just hanging out.

I love the look, clean and simple. 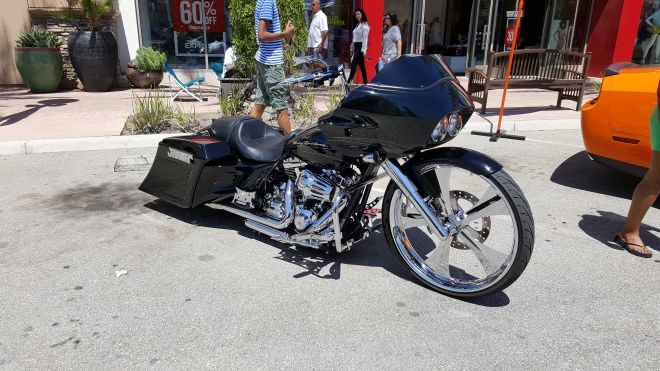 Airred out with what looks like a 22″ wheel, maybe even larger. 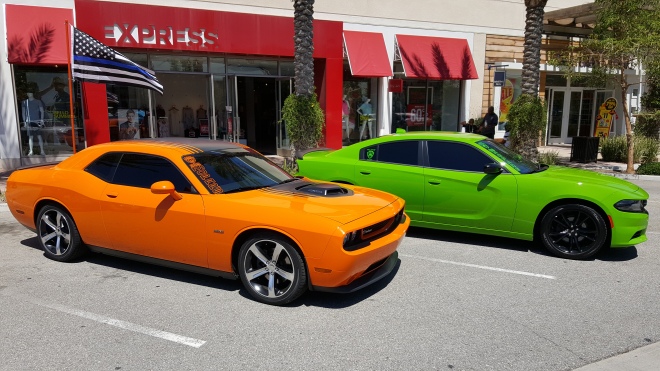 The colors really popped on these two. 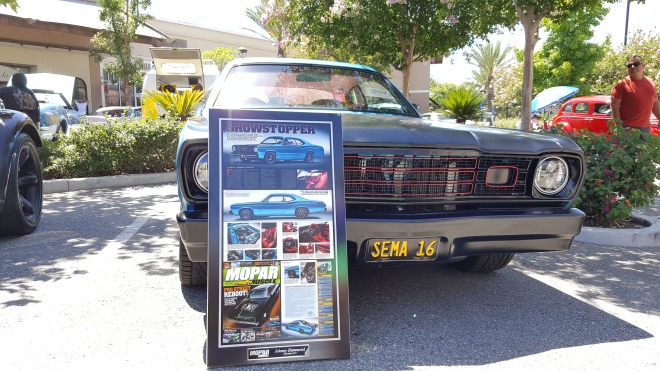 Luke, come to the Darkside.  This car won a trophy for his excecution of style.  A bit over the top for my taste, but a good-looking show car none-the-less. 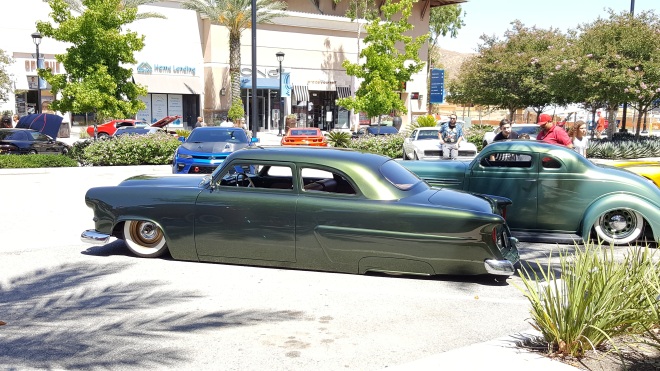 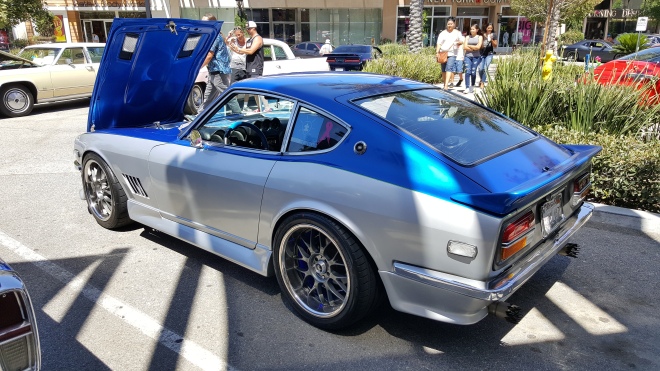 Aside from the flame shaped tailpipes, this ’73 240Z had a nice look to it. 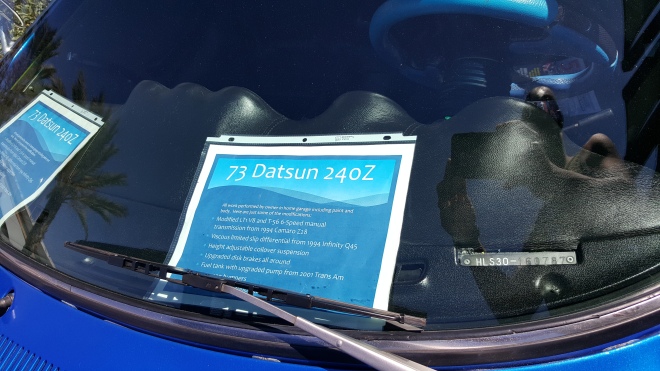 There were only a handful of imports that made an appearance – Mitsubishi EVO, Ferrari, R35 Nissan GTR, Porsche Cayman S and BMW M6 and you will see them in the video once posted.